When I am trying to drag the document, unable to drag and drop the files in document library in IE .But it’s working in Mozilla and Chrome.

After drag the document library we can find uploading status as shown in the figure. 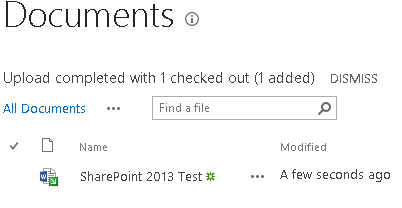 Subscribe to our newsletter to get the latest updates to your inbox. ;-)

Your email address is safe with us!

Hi we are PhaniKumar and lakshmitulasijasti. We Introduced DotNetSharePoint site in June 2013,going forward i am interested to share my knowledge and Experience to all IT professionals.
we have Working Experience on SharePoint Online , WSS 3.0 , MOSS 2007 , SharePoint2010,SharePoint2013 and .Net.